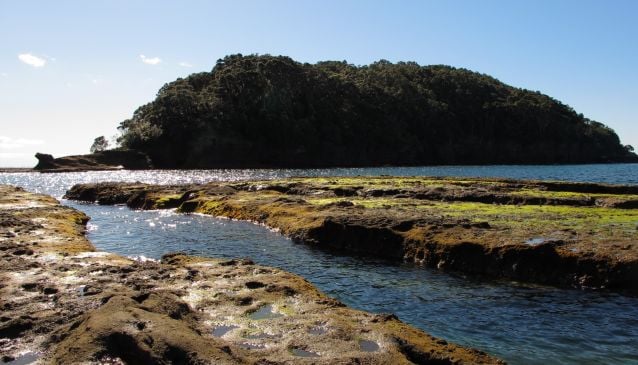 Goat Island Marine Reserve and its clear waters offer the perfect environment to snorkeling and diving enthusiasts. in a quiet and secluded spot, it's the an opportunity to observe the rich marine life in numbers rarely seen anywhere else on the coast.

The reserve is renowned as one of the best locations for snorkeling and diving in New Zealand, attracting divers of all levels of experience. The waters of Goat Island Marine Reserve are home to big snapper, blue cod, crayfish, eagle rays, goatfish, piper, red moki, parore and many more species of fish.

All the marine life is protected in the reserve including the sea urchins (Kina).