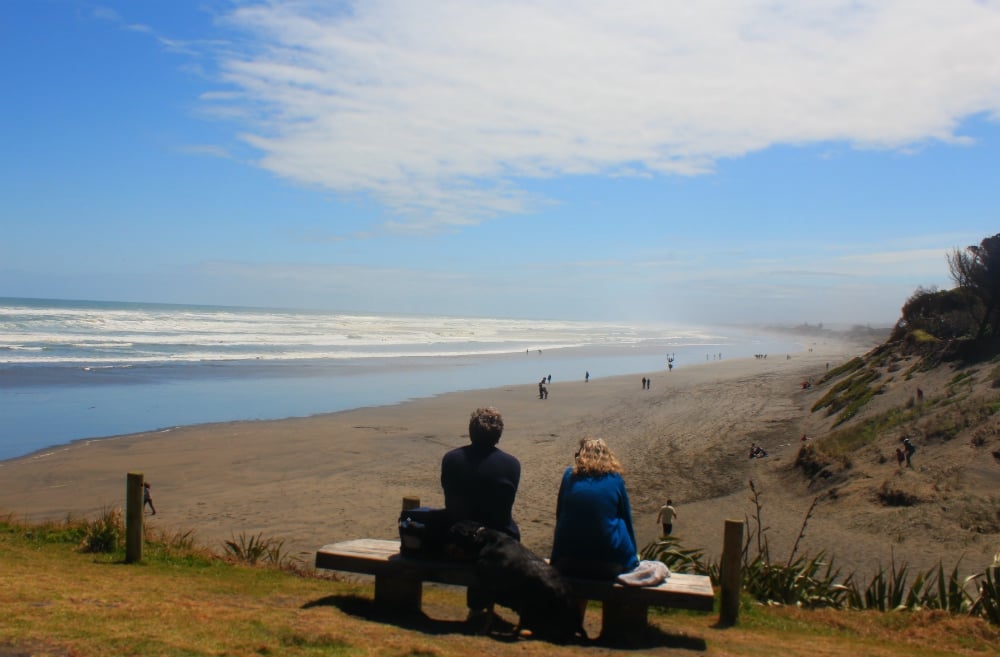 Muriwai Regional Park is located 45 minutes west of Auckland city. It's an area of outstanding beauty, with a rugged coastline, and 50 kilometres of black sandy beach.

Muriwai Beach is a popular spot for surfers with boards, wet suit and blokart hire available and the Muriwai surf Club.

The park is also home to the Muriwai Gannet Colony. Two platforms, a short walk from Maukatia Car Park offer a fantastic view to study the gannets, as they return each year from Australia to re-establish realtionships with their partners. The recommended time to visit is during the months of October through to February.

The regional park was formed in 1906 and was known as 'Motutata Domain' where it took its name from the Motutara rock stack. Over the years, the domain expanded before becoming Muriwai Regional Park in the 1969.

The park includes picnic areas, a decent cafe, the Sand Dunz Cafe, and a number of walking trails through the the native bush.