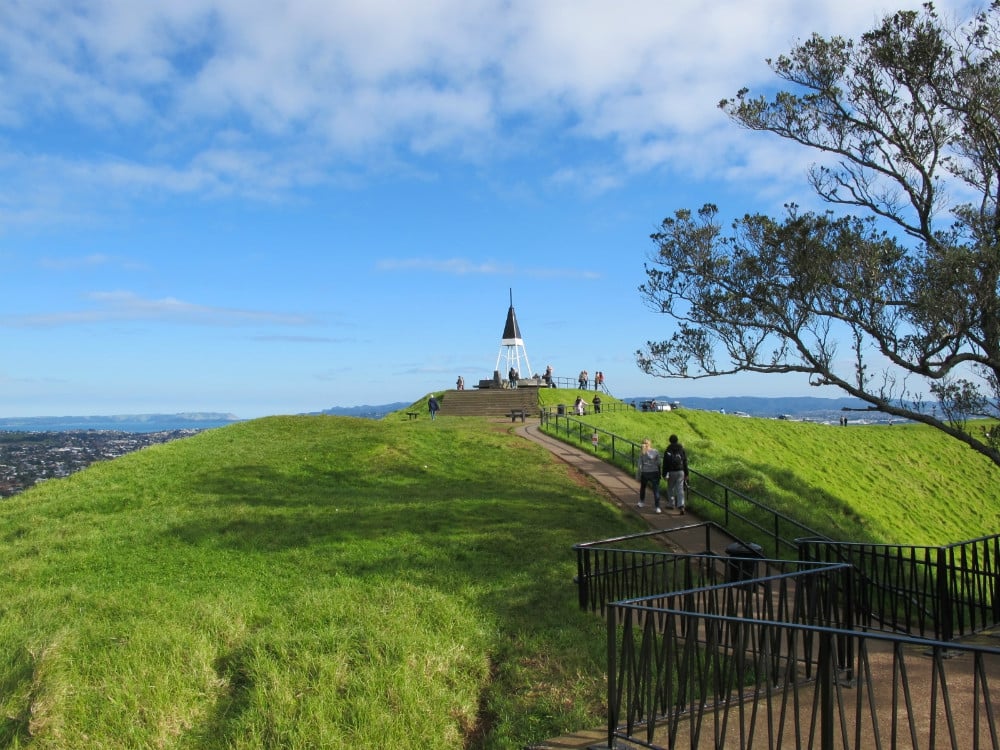 Gardens and Parks Points of Interest

Housing the highest volcano in Auckland, this large park is an icon of the city, offering superb views of the city skyline and a fantastic 50-metre deep crater to explore.

Mount Eden Domain is situated just 5km south of the CBD in the suburb of the same name. At its heart is the 196m high Mount Eden volcano, from the summit of which you can get one of the best views in New Zealand, especially at night.

Also known as 'Maungawhau' (Mountain of the Whau Tree), the domain is a protected archaeological site, and is where the Maori built terracing and gardens, the remains of which you can still see today - one of the few remaining examples or Maori urban landscaping in the country. You'll also be able to see grazing cattle, if you're lucky enough, as well as explore some native bushland - unusual for somewhere so close to the city.

Mount Eden Domain contains dozens of native trees and shrubs, from titoki, ngaio and karaka, to whau, rangiora and pigeonwood.

It's a popular place for dog walkers, picnickers and walkers (the Coast To Coast Walkway passes through here), and is where many photographers come to get that prizewinning shot (the mountain summit is the highest natural point in Auckland).

Every February 22nd, for 'Thinking Day', a group of Mona Burgin girl guide rangers climb the summit of Mount Eden at dawn and light a campfire in the crater, before singing the World Song and thus officially starting 'The Big Think', where people around the world contemplate the plights of other countries and communities less fortunate than their own.