Run by the AJ Hackett company, best known for pioneering the bungy jump as a tourism activity, and its subsequent jump sites around the country, this is a fun and efficient operation that takes at least two hours. They will pick you up from the Sky Tower, or you can drive directly to their base near the city side of the bridge. There, youâre given cheerful instruction on what to do to keep yourself safe, sternly instructed to leave all phones and cameras behind, and issued with bridge-coloured boiler suits, white helmets and a harness. 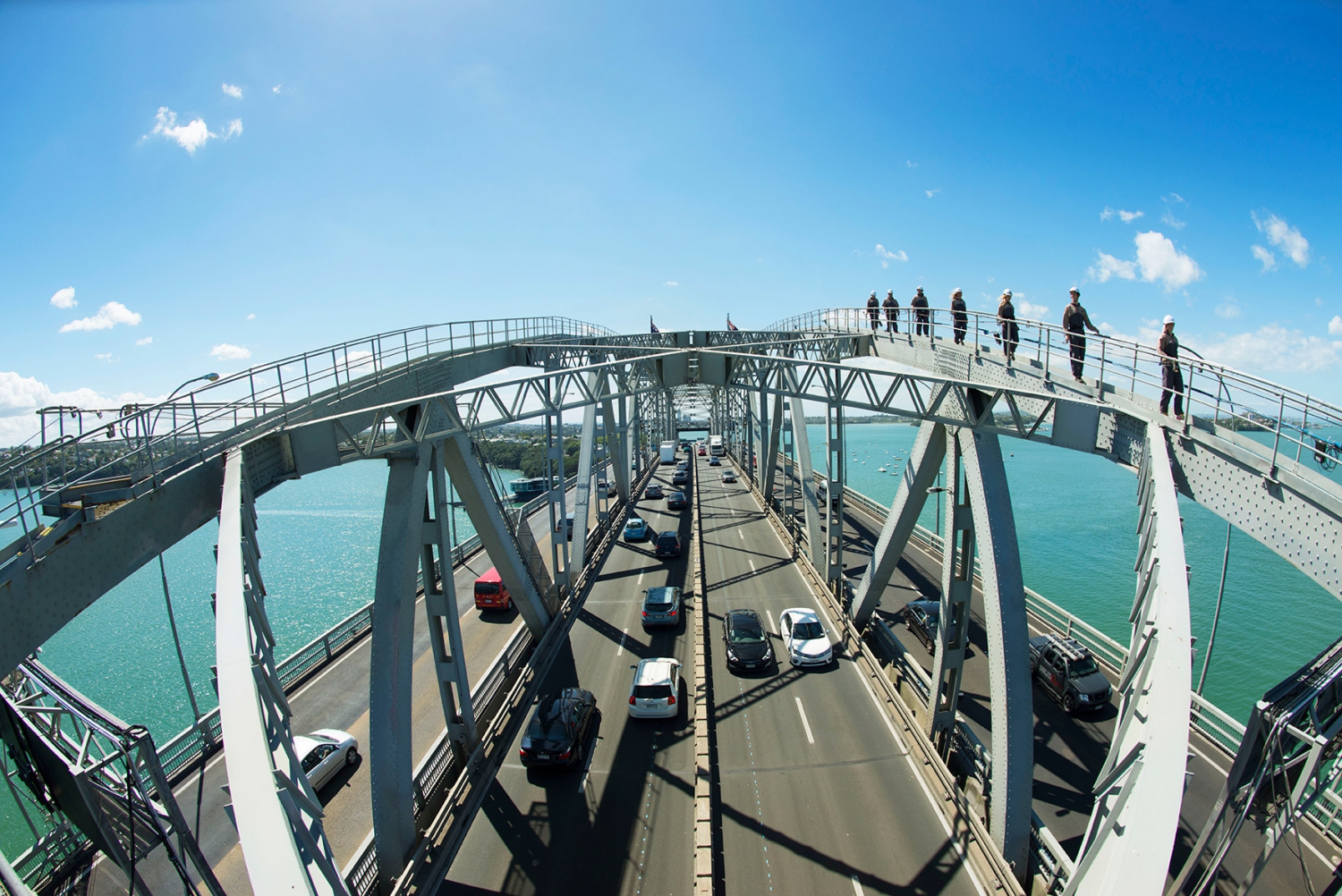 Itâs a short walk to the locked gate beneath the bridge, where your guide gives you some background: completed in 1959, it was originally designed to have five or six lanes plus provision for pedestrians and cyclists, but that was deemed too expensive, and instead an austerity version was built with just four lanes. Almost immediately, traffic volume exceeded this capacity, and two lanes were added each side in 1966, nicknamed the âNippon clip-onsâ to reflect their Japanese design. 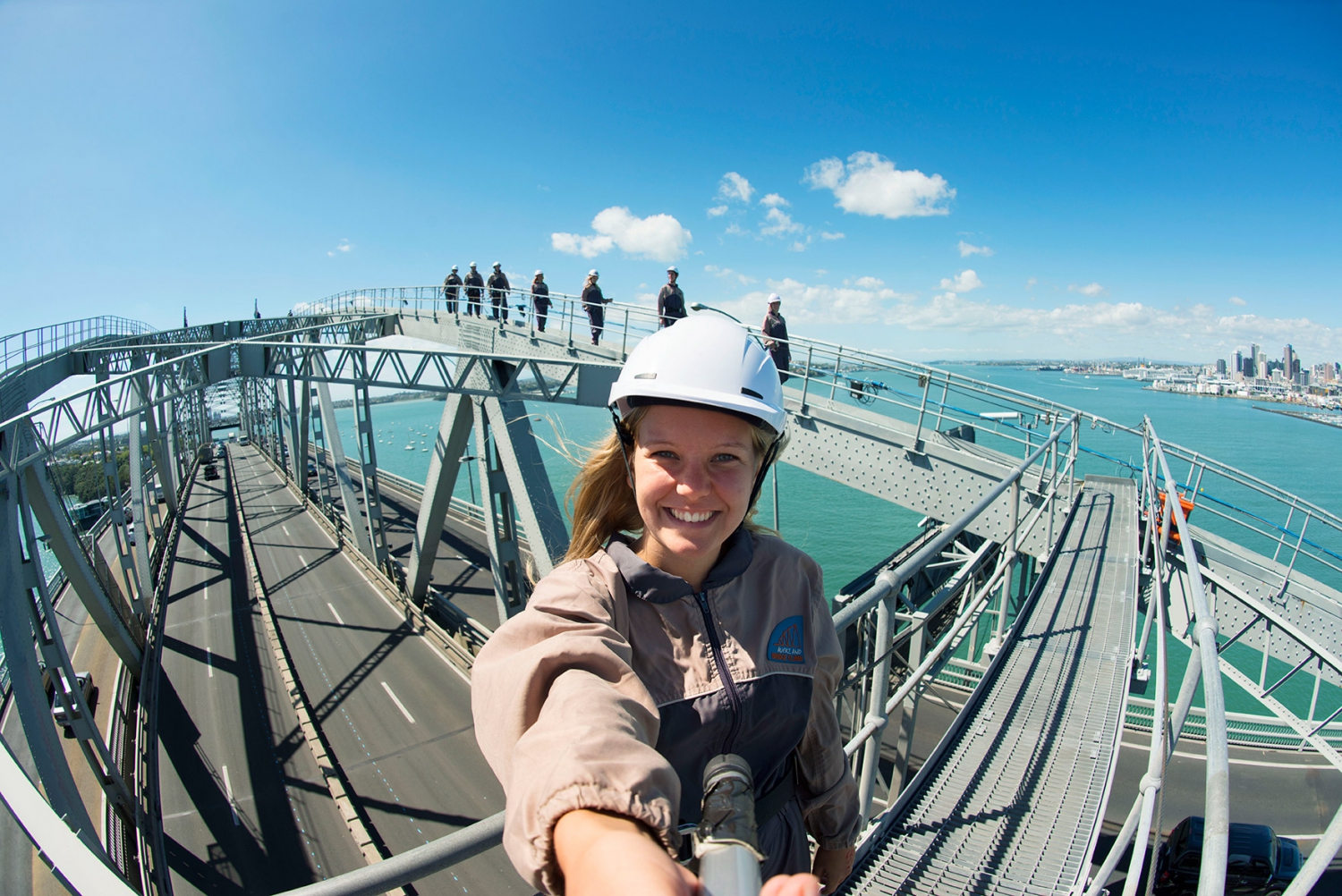 Passing through the gate, youâll have your safety line attached to a cable, and follow a metal walkway to the first big concrete pier. Here youâll see how the clip-on sections were attached and learn, possibly with some alarm, that these so solid-looking concrete bridge supports are actually hollow. You can see here that the bridge is actually three separate structures, joining together only where their bases are fixed to the pier. 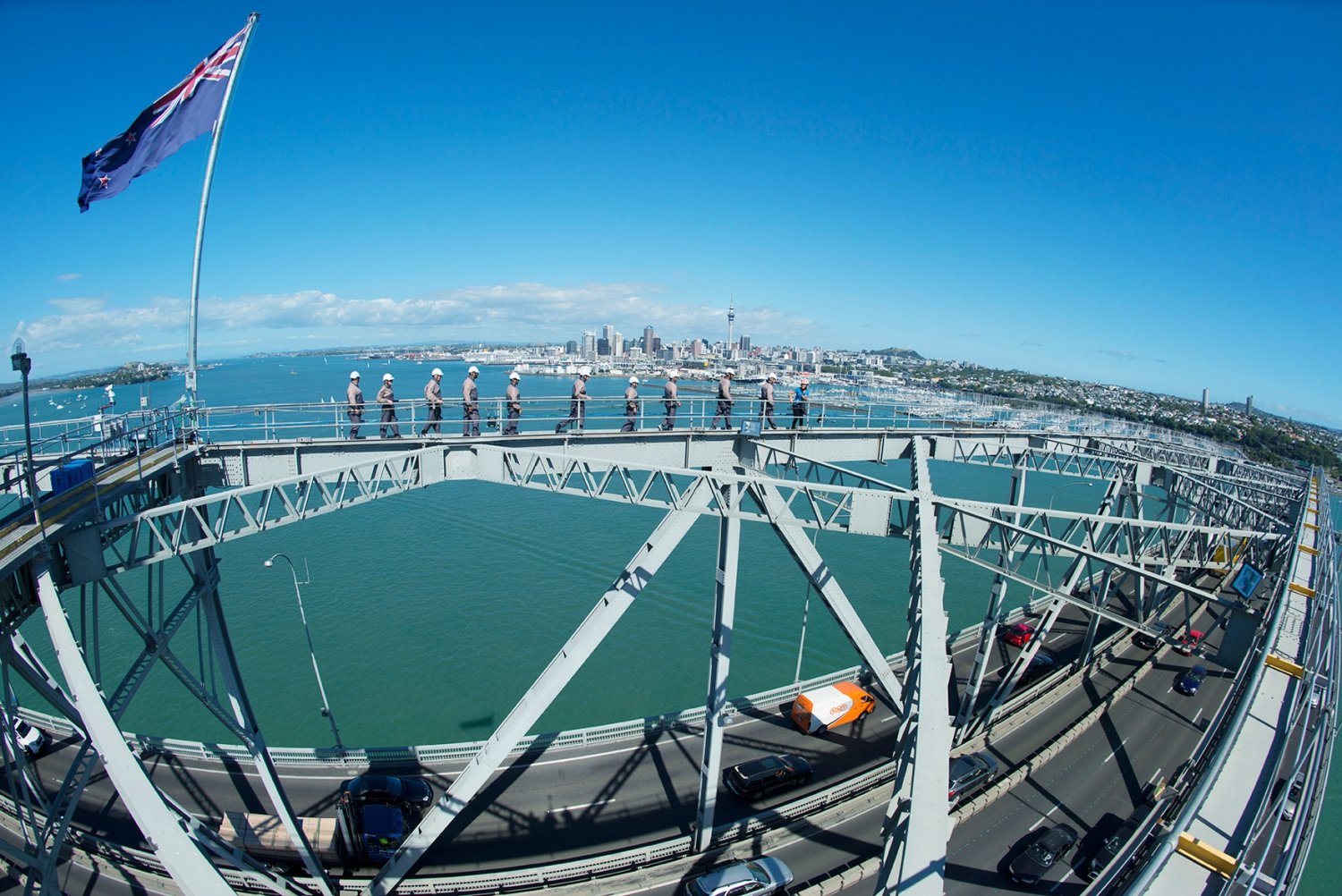 Your attention then will be distracted by the futuristic pod hanging beneath the bridge: this is the companyâs bungy jump operation (which you can do in a climb/jump package if desired) where people launch themselves into thin air from 40 metres above the water. So far the oldest person to do this was 84 years old. 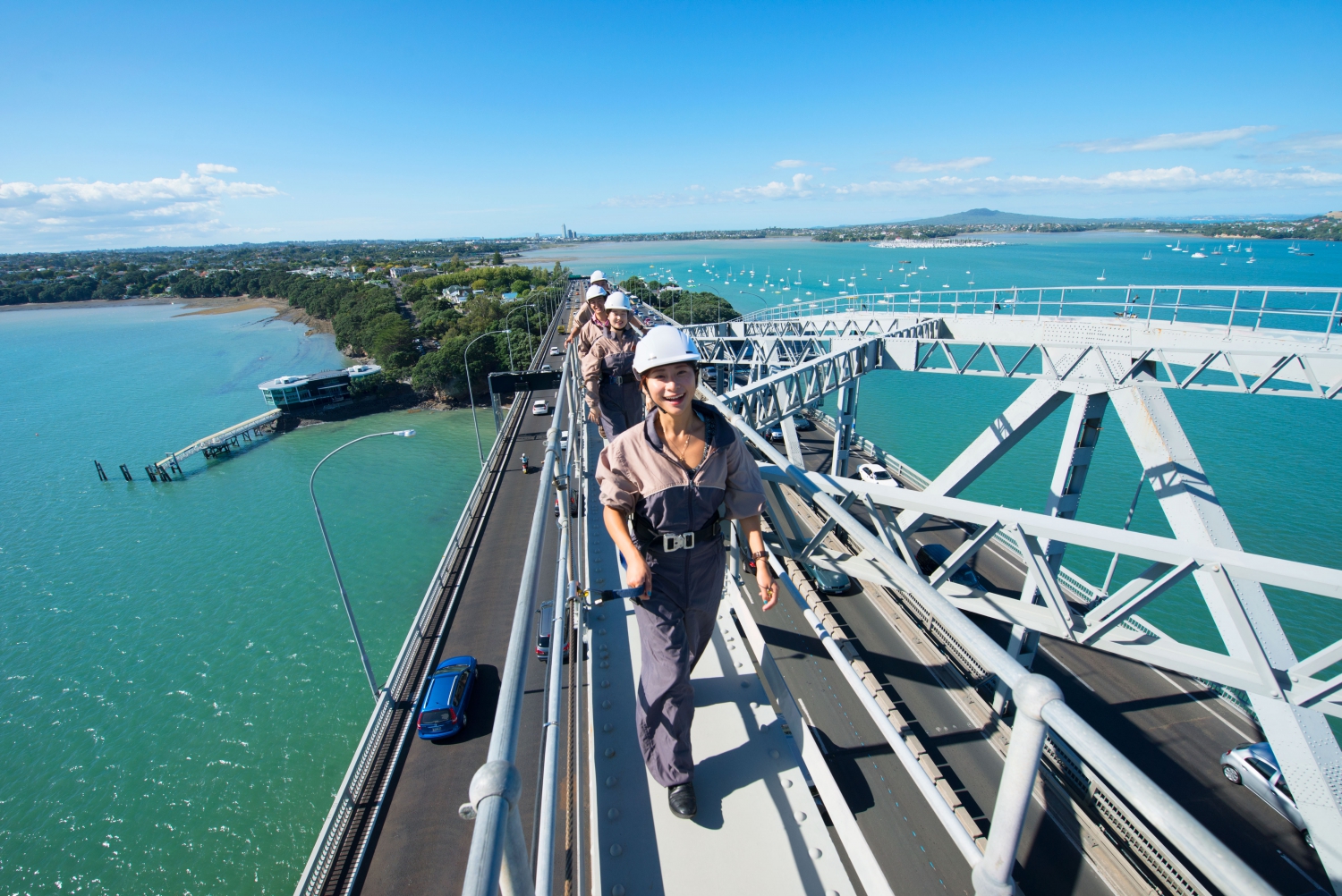 Thereâs a lot going on here: traffic roaring overhead, the shrieks of the bungy jumpers, possibly the Maritime Museumâs historic scow Ted Ashby passing underneath, and even the chance of spotting dolphins, orcas or stingrays in the green water below. And there are triangles everywhere in the metal geometry of the bridge, giving strength to a structure that you can feel vibrating and flexing under its constantly-shifting load. 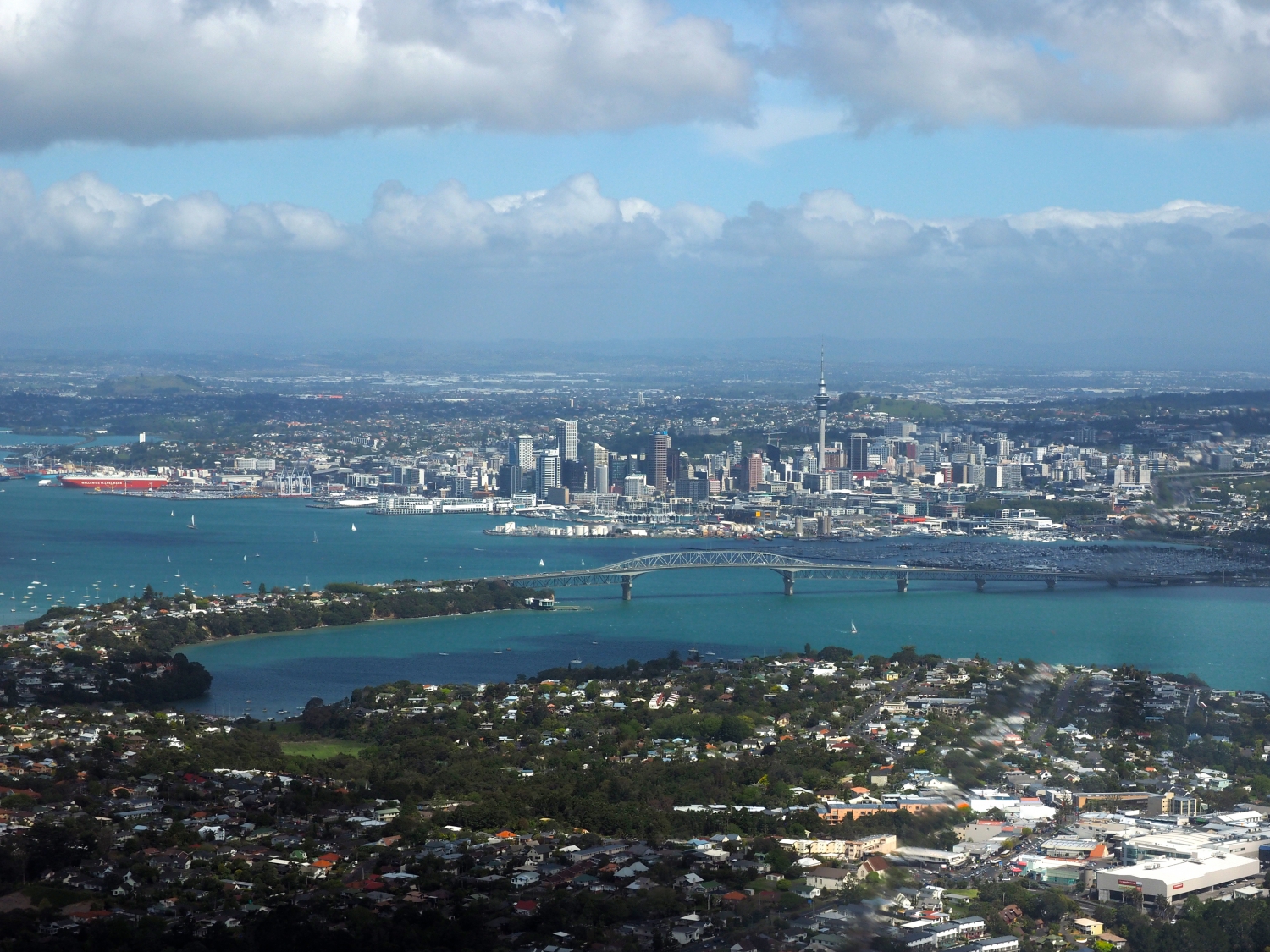 Now you climb steep steps up to road level, and then follow the gentle curve of the bridgeâs arch all the way up to its highest point, 24 metres above the roadway, and 67 metres above the sea. Here the flags are flapping, lanyards rap the masts, gulls wheel overhead, and below you there is the constant stream of traffic across the bridge. You can spy on blissfully unaware drivers illegally using their phones â but much more edifying is the magnificent 360 degree view of the city and its surrounds. 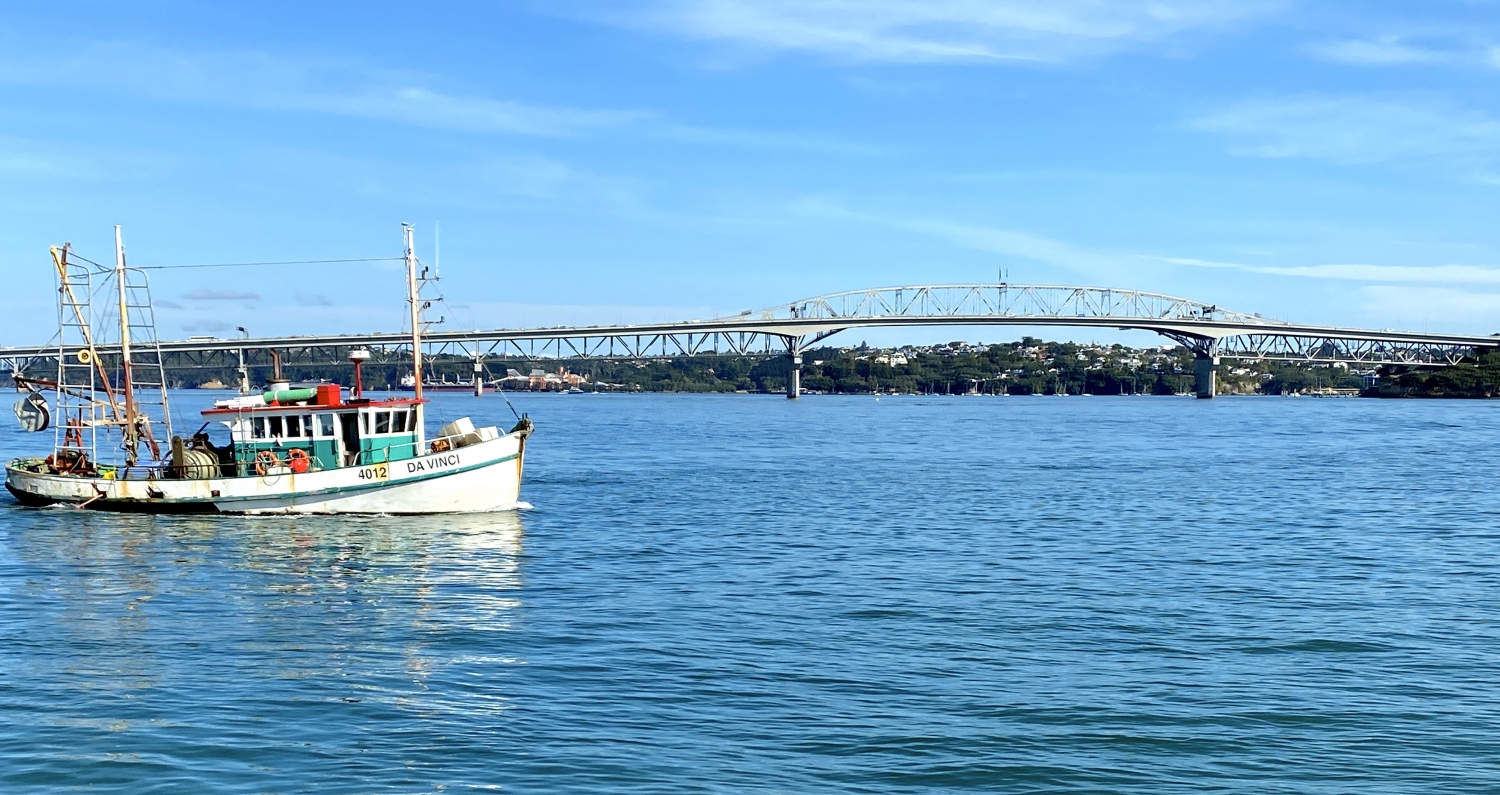 Close by are the neat rows of boats in Westhaven Marina, and beyond them the cityâs skyscrapers, topped by the distinctive Sky Tower. Youâll see the low green silhouette of the Waitakere Ranges to the west, and the spreading suburbs of the North Shore. Out east beyond picturesque Devonport with its two green volcanic peaks youâll see the biggest one of all: Rangitoto, another iconic symbol of the city, looming over the sparkling blue waters of the Hauraki Gulf. Without a doubt, there will be boats wherever you look, as residents and other visitors enjoy Aucklandâs main glory â or simply use it as another thoroughfare, ferrying from one side to the other. 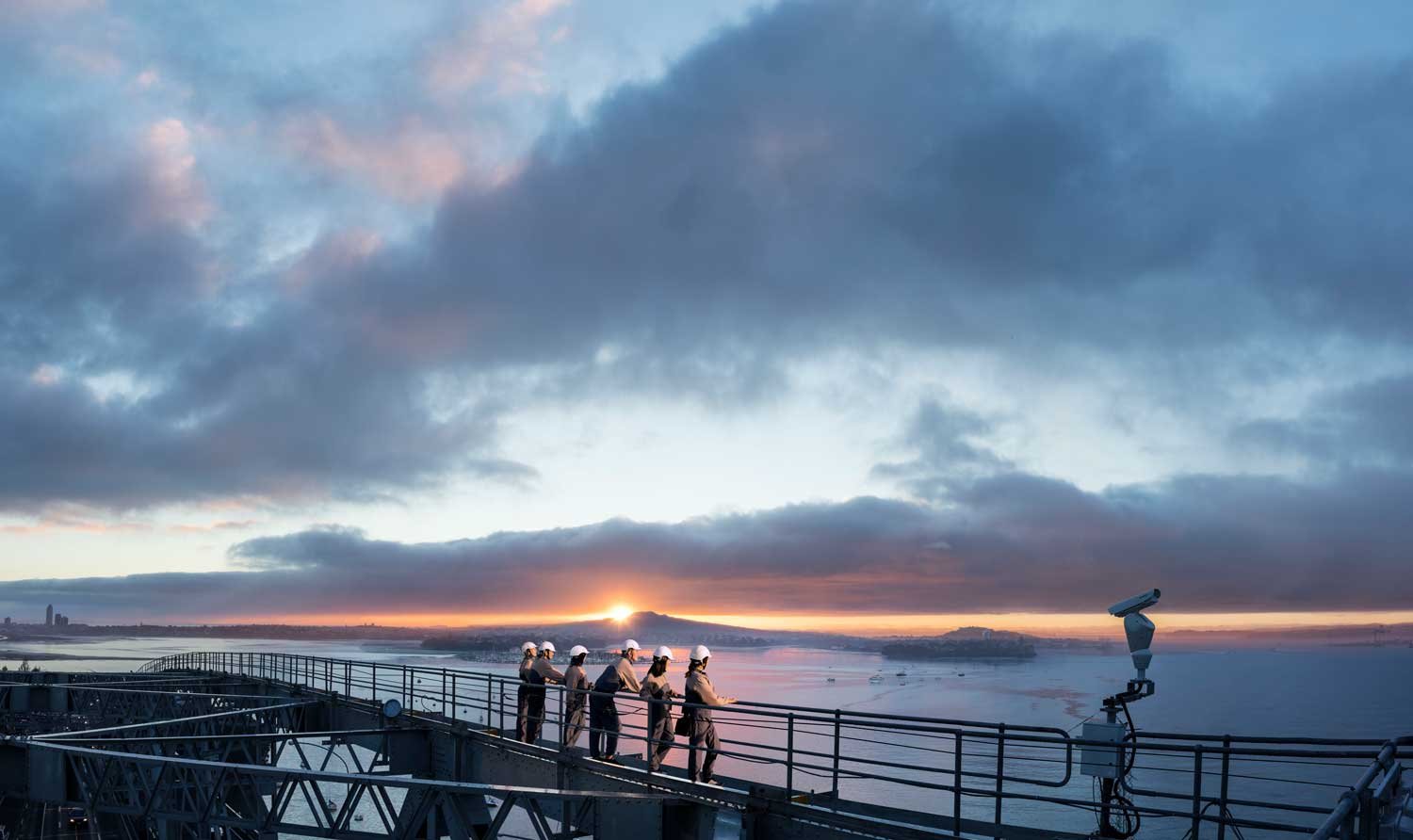 Youâll have plenty of time to enjoy all this, to pose for photos that you can buy afterwards, and to absorb plenty of information about the bridge: three men died during its construction, two babies were born in the original toll-booths, it was first mooted in 1890, and the moveable concrete divider that changes lane allocation to suit traffic flow was a world first. 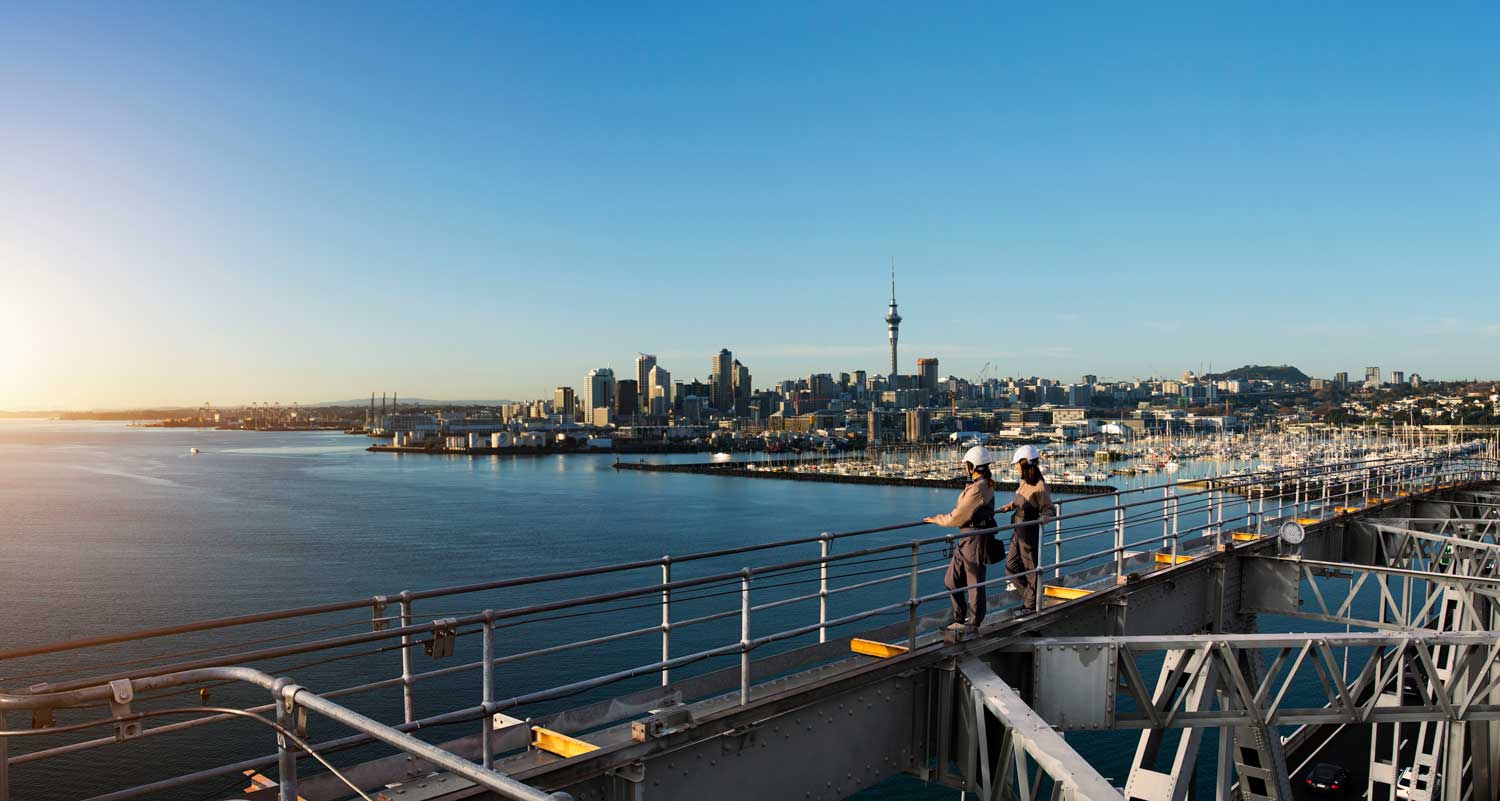 Finally, youâll retrace your steps, to look at the photos you posed for, to buy souvenirs and, forever after, to regard at the Harbour Bridge with new respect and understanding. 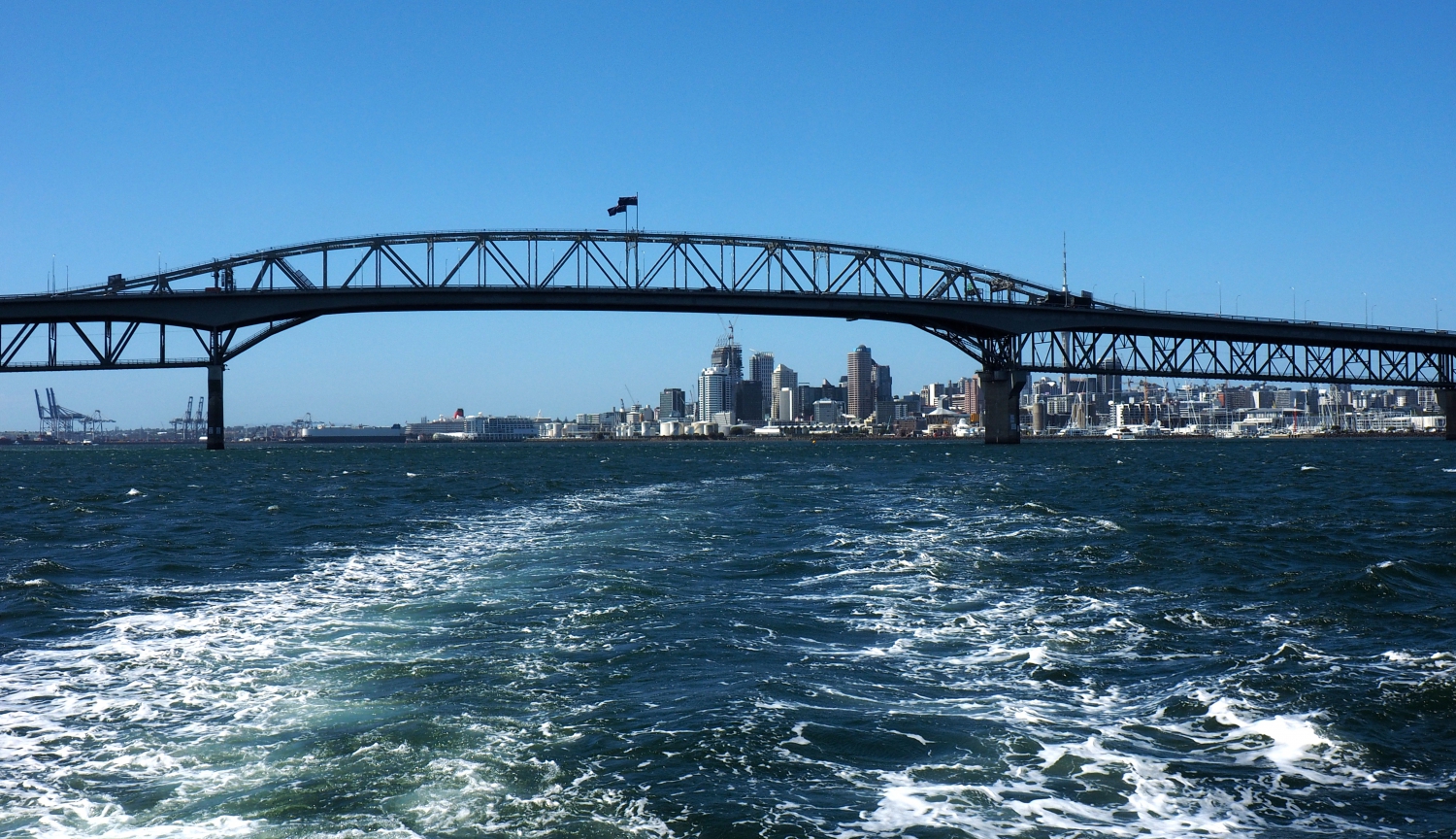 Bridge Climb information:
The fully-guided climbs take place two or three times a day, year-round, and they last two hours â or longer if any members of the tour are doing a bungy jump. The fees for the climb alone are adult $130, child (over 7 years) and students $90. Combine it with the bungy jump for $215 adult. There is a $15 discount for bookings made 15 or more days in advance. Participants must weigh 35-150kg, and meet medical requirements (see the website) but generally, reasonable fitness is all thatâs required, and age is no barrier.